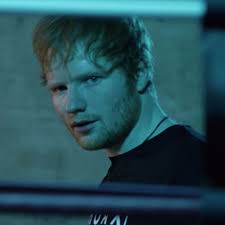 This record was arguably the record of the summer and had everybody I knew singing along in Spanish even though they didn’t know what was being said. The duo must have known that they had the recipe for a hit record and when Justin Bieber jumped on the remix, it took the record global and made it the most watched music video on YouTube.

DJ Khaled has been one of the artists of 2017, he sampled Carlos Santana’s iconic Maria Maria and got Rihanna and Bryson Tiller to deliver killer verses before Rihanna delivered the super catchy chorus.

One Direction star Liam Payne came out earlier this year and released his debut single. Penned by Ed Sheehan it was a sound the public did not expect to hear from the 1D singer, with a more hip-hop style feel to it he enlisted Migos’ Quavo to join him on the record, which has become one of the best selling singles from an One Direction star gone solo.

Camilla Cabello had a lot of eyes on her this year when she came out with her solo material, since leaving Fifth Harmony fans have been eagerly waiting to hear what type of music she releases. Havana which came out in the summer is an infectious pop record and Camilla’s vocals almost take you to Havana with the record embracing the singer’s Cuban heritage.

Is this one even a surprise, since it was released last January this song has literally been played hundreds of times throughout the year and I still haven’t got bored of it. This probably is up there as a contender for my favourite Ed Sheehan record and it is the highest selling single of 2017.