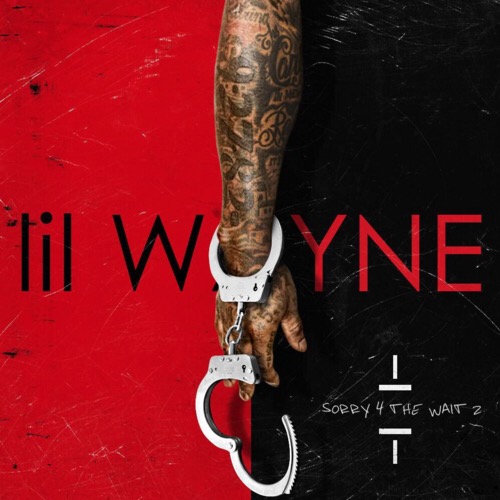 2014 has definitely been an a year in which Wayne killed a lot of features from being on Loyal to YG’s My Nigga he certainly shows he still got it. When it came to releasing CarterV he released a series of multiple tweets hitting out at Cash Money and Birdman and saying that he wants off the Cash Money label. This news stunned hip-hop.

Fast forward a month later Lil Wayne drops his Sorry For The Wait 2 mixtape and the opening track he goes in on OT Genesis song Coco and he sends a lot of shots at Cash Money and Birdman. However as the mixtape went on the beats all sounded the same almost in a typical Lil Wayne fashion but just not as good. For me the best song’s are on it are Coco and Hot Nigga arguably two of the biggest breakout songs of 2014. One thing which did Irk me about it and maybe I’m being a bit fussy is how much he says “I’m Sorry For The Wait 2” ok yes we understand your annoyed and apologetic at not being to release CarterV but no need to say it about like 5 times on each song.

Although I wasn’t too keen on this mixtape on still excited to hear the Carter V and how it fares to its predecessors.