T.I last week released his album Paperwork The Motion Picture and the album debuted at number 2 with sold sales of over 80,000 copies in its first week.

I’ve been a big fan of the rapper dubbed as The Jay-Z of the South/King of the South and Tip boasts that over the opening track King. The album which is executive produced by Pharrell makes the album feel like a motion picture in terms of the fact that it feels like a complete body of work an album you can play start to finish and it feels like it flows well from track to another. Some of my favourites on the album are No Mediocre featuring fellow Hustle Gang member Iggy Azalea and produced my man of the moment DJ Mustard, Oh Yeah which features Pharrell, Jet Fuel, About my issue and at ya own risk featuring Usher.

This album shows why Tip has been so popular and respected for so long and he will no doubt continue to maintain longevity in hip-hop if he continues making good music. 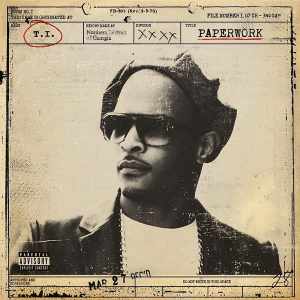