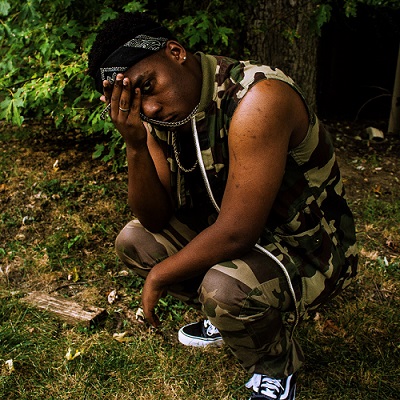 During the week I got the opportunity to catch up with US rapper Kev Rodgers who is having a big week at the moment, co-producing Icon from Jaden Smith’s latest album SYRE which topped the iTunes chart this week in the US, seeing such positive reaction worldwide for his work will no doubt inspire him more.

Check out the interview below;

Q: How did you get started in music?

A:  I started rapping at 8 started making beats at 14 and then really took it seriously at 21.

Q: Who were your musical inspirations when growing up and how have they had an impact on you as an artist?

A: My Musical influences besides my family is Kanye West because he gave me courage through his music to be yourself and accept yourself for what you are. Also 50 cent Michael Jackson and my $outh$ide of jersey team I work with.

Q:  You’ve done a lot of producing, is hard trying to juggle being a producer and an artist?

A: It is hard but I accept the challenge if it’s too easy there’s no hardship to learn from and they hold the biggest lessons.

Q: Coming from New Jersey and being so close to places like New York and Philadelphia which has birthed so many iconic musicians, how did growing up there influence you in as an artist as well as producing?

A: For exactly what you said I saw all that around me and said wow were 15 mins over the bridge to Philadelphia and 1 hour from NYC to be on these platforms so it motivated me to put on our state and home town Collingswood, NJ on.

Q: Beauty and Depression dropped earlier this year, what was the process behind the name and creation of the project.

A: It stands for beauty and depression and I wanted to focus on the quality of life good and bad while using my story as the template. The underline in the album is to have s strong balance

Q: Was it hard creating a project that was so personal to you because you were touching on some deep subjects?

A: Yeah it was for me emotionally, it’s not always easy to talk about certain things but I was confident in the stories for a bigger purpose.

Q: What was the inspiration behind Mister Rodgers Mondays?  Especially with the whole theme of episodes behind each track

A: Well I use to watch the show when I was young at my grandma’s house when I stayed home sick from school but later on I wanted to give my audience little gems of content every Monday for a month and now it took a lane of its own. Eric Cortes who helps out on my creative director team came up with the designs and we put our heads together with the rest of my team to build every season.

Q:  It’s been said that you like to promote positivity, self-confidence with your music, why is that so important for you in getting that message out there?

A: I preach positivity because I deal with negativity and I want to keep my balance as well as my listeners balance good. I grew up on 90s early 2000’s RnB as well as 50 cent, Jay z etc. So I understand the power of music and why it’s good to have a message behind everything.

A: Really big things a possible project either all produced album who knows I guess you got to stick around and find out.